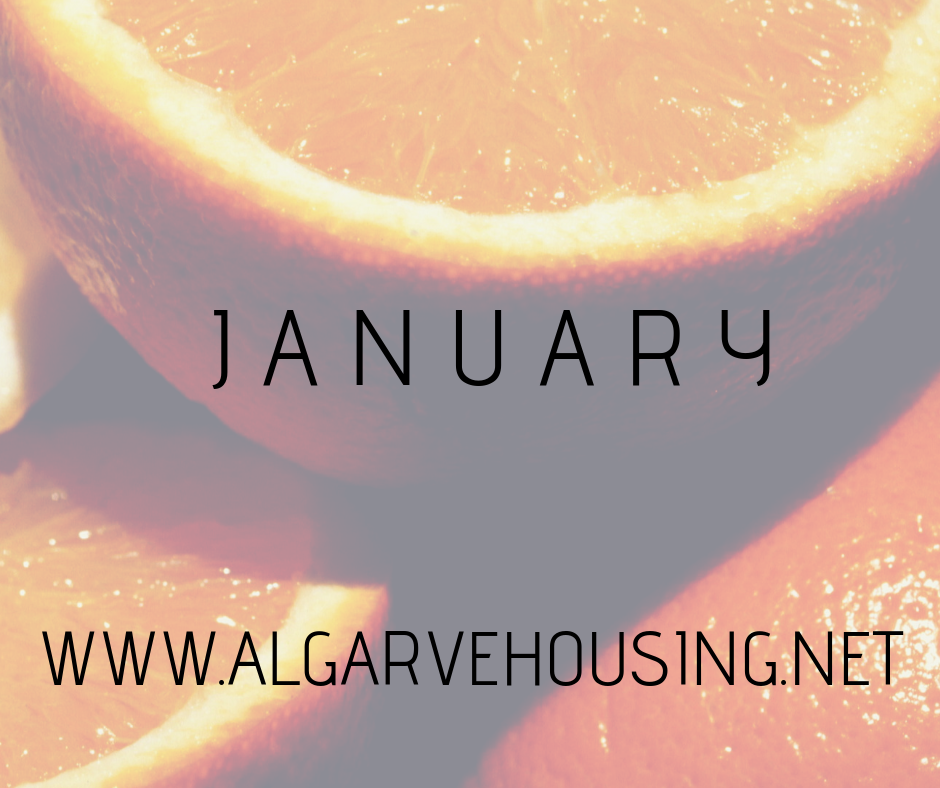 January in the Algarve

‘Algarve host 150 events in January’ I just read at the front page of the Algarve Resident…who think January is a dull and boring month in the Algarve, is completely wrong. Today it is 3 January, and up until today I had every day breakfast and lunch in the sun! Lovely temperatures, and plenty to do in January in the Algarve. Music, art, gastronomy, a variety of cultural events in January. Algarve Housing like to share with you a few events in the Algarve for this month!
END_OF_DOCUMENT_TOKEN_TO_BE_REPLACED 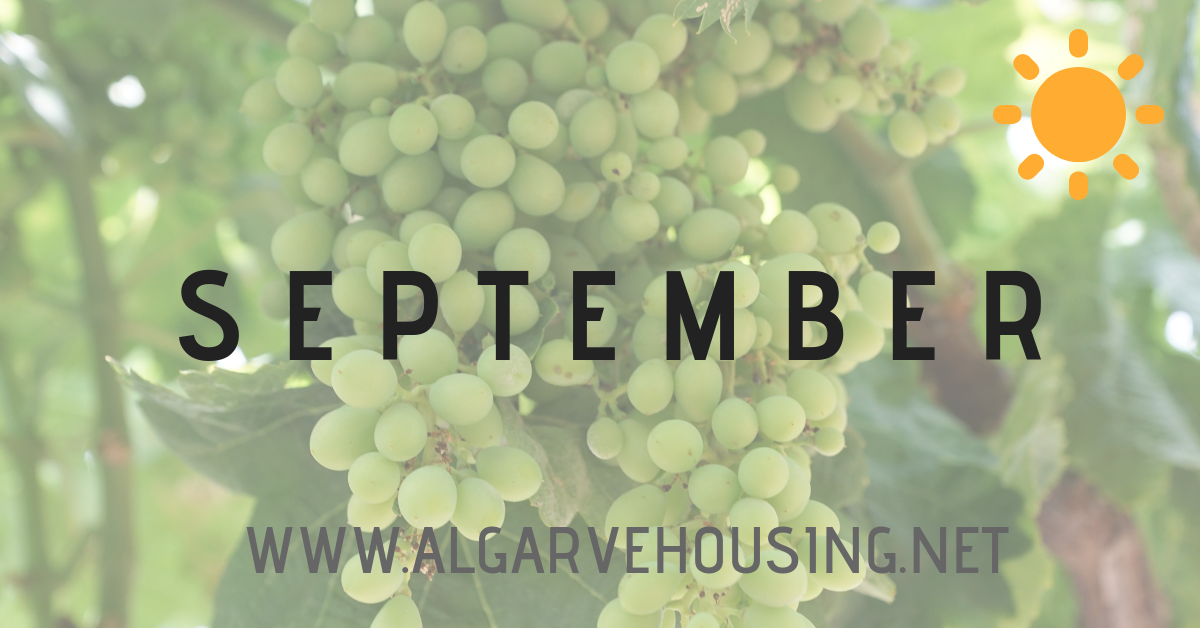 Things to do in the Algarve

END_OF_DOCUMENT_TOKEN_TO_BE_REPLACED

Algarve Housing rent villas in West, East and Central Algarve. Very often we get asked which part to go, what to do there, any kind of advice. We will make a nice article about each part of the Algarve, so you can read and make up your mind. It is all a matter of taste of course, but, with those articles, we hope to help you a bit to make the right choice.

Today we present The West Algarve. Enjoy, and do not hesitate to contact me for any further details regarding the Western Algarve.

END_OF_DOCUMENT_TOKEN_TO_BE_REPLACED 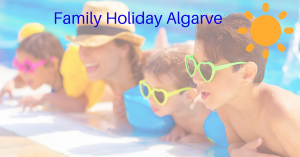 Algarve is certainly one of the most famous regions in Portugal, especially for family holidays!

Every year thousands of tourists come to Algarve for the sun, the beaches, the food and the wide offer of activities. This makes the Algarve a great holiday destination for families. Play at the Beach and in the Sea – Southern Algarve is filled with either small secluded beaches or long rockless beaches, but they have one thing in common: the sea is calm and flat, ideal for swimming, playing at the water, making castles in the sand or just taking a walk by the sea.

END_OF_DOCUMENT_TOKEN_TO_BE_REPLACED

Driving in the Algarve-How to handle the toll road A22

We often get questions regarding the toll system in the Algarve. As it is complicated and confusing, the article below hopefully give you a bit more comprehension.

The main highway in the south of Portugal is the A22, also known as “Via do Infante”. It runs across the entire region and connects all the main cities, including Faro, Portimão and Lagos, reaching all the way to the Spanish border.

Originally, the A22 was not a toll road, but this changed in late 2011 when tolls were implemented. Because it was not originally meant as a toll-road, the A22 and the other former “SCUTs” in Portugal don’t have toll booths, making it remarkably easy to miss the fact that you’re using a toll road, and making it more than a little complicated to pay for the tolls even if you are inclined to do so.

In order to facilitate the process with rental cars, car hire suppliers give clients picking up their car in Portugal the option to acquire an electronic device that can be used to automatically pay for tolls. This device is associated with your credit card and the tolls are charged automatically every time you drive through a toll road. This device can be used both with the new automated system in more recent toll highways and with the existing system in traditional toll-roads, which have a fast lane for cars with automatic devices.

Please note that this device is optional and clients can refuse to take it if they so wish. Should you opt out of the device, you have two choices regarding the A22. On the one hand, you can simply pay for it the old-fashioned way, which means either at a Payshop or at the post-office. To pay for it in this manner, you must wait at least 48 hours after you have used the highway, but you have to pay for it no later than 5 days. If you go back to your country without paying for the tolls you’re due, the Portuguese police will issue a fine, which will be sent to your address on your rental information. On top of that, the car rental supplier will often charge an additional administrative fee on top of the fine.

Alternatively, you can simply choose not to use the highway A22. Contrary to popular belief, it’s perfectly possible to drive in the Algarve using only national roads. Please note, however, that unlike highways, national roads only have two lanes, one going in each direction. Furthermore, they tend to go through towns instead of around them, and traffic bottlenecks often occur on the roundabouts and traffic lights right before a town or city. It is also worth noting that Portuguese drivers usually avoid the highway, which is considered expensive by national standards, so you are likely to find more considerably more traffic in national roads than in highways. This is particularly true during the high season, since the Algarve is also a popular destination for Portuguese holidaymakers.

If instead of booking in Portugal you are holidaying in Spain but want to pop to the other side of the border for a quick getaway, fear not. Right across the border on the side of the highway there are vending machines where you can sort out everything you need to drive on the A22. And if you run into any difficulty using the machine, there’s a direct line to a help center, with agents usually speaking – besides Portuguese – Spanish and at least rudimentary English.

If you are a visitor, arriving at the Spanish Border in a foreign registered car
At the border on the A22 you will find an automatic vending machine. Here you can rent a transponder by entering your car registration number and your credit card. On your return you can drop off your ‘used’ transponder at the last service station (Olhao) where you will get part of the original cost refunded less a small rental fee. All tolls will be charged to your credit card. Should the vending machine be busy, you can also rent a transponder at the first service area on the motorway (Olhao).

You can also rent a transponder at any Post Office and from Faro Airport (in the Post Office),

Option Two is to purchase a five day pass, again from any Post Office, The cost is Euros 10 initially (or more), tolls must be pre-paid, so deposit enough to cover your expected journeys. As far as we can ascertain, you can only buy one of these, and you pay the normal toll charge, based on your journey. Refunds of unused tolls are possible, but we don’t know anyone who has tried! You will get a receipt which you should display on your dashboard, and keep in a safe place thereafter. One reader has told us that he has been told that the unused part of his payment will be refunded to his Credit Card automatically once the toll road concessionaires have calculated what he has used in tolls.

Easy Toll & Toll Card (introduced July 2012). The new system features two methods of payment called ‘Easy Toll’ and ‘Toll Card’, developed by the national road company Estradas de Portugal in cooperation with the CTT postal service and electronic payment company UNICRE. Easy Toll is available at border crossings into Portugal featuring or near a former SCUT motorway; Vila Formoso (A25), Vila Real de Santo António (A22), Chaves (A24) and Vila Nova de Cerveira (EN13). Machines have been installed for users to pay tolls and staff are available to provide information. The Easy Toll system enables drivers of foreign registered vehicles to associate their number plate to a bank card for a period of up to one month, with toll charges being debited directly from their account. Toll Card meanwhile is a method whereby users can buy a card that is prepaid with five, ten, 20 or 40 euros, and can be activated and linked to a vehicle license number by sending a text message. Toll cards can be bought online, at post offices and motorway services stations

Algarve Housing for better holidays in the Algarve