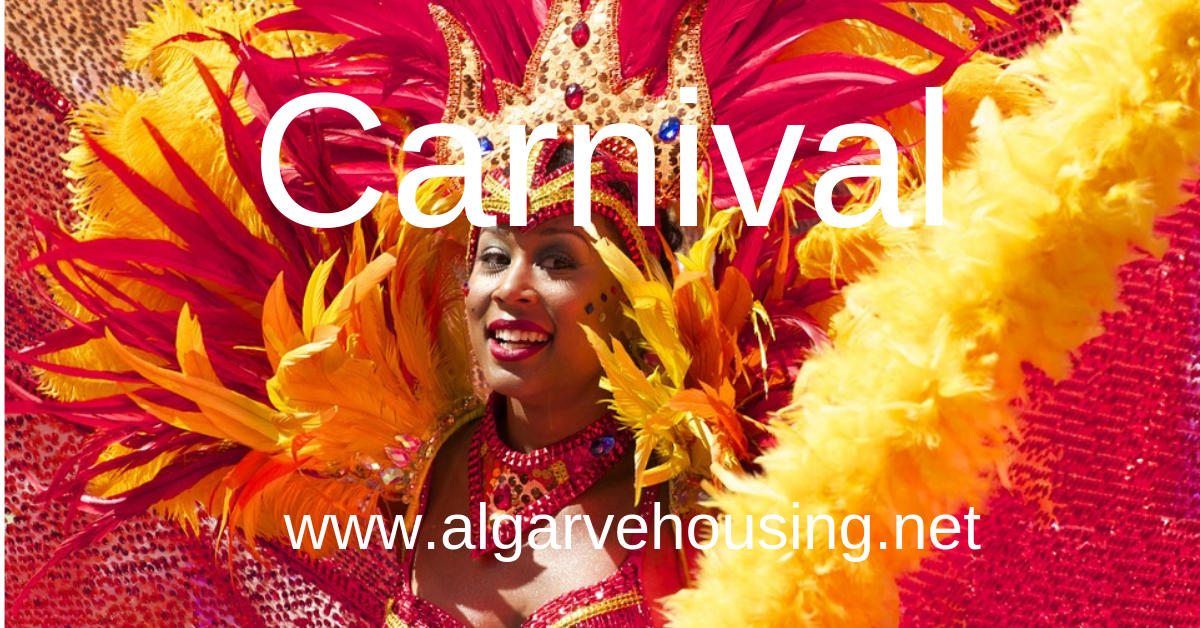 This year Carnival in the Algarve is in March. A traditional and colourful event not to be missed. Most towns has the traditional celebrations with colourful parades and samba music in the streets. The best and largest is in Loule, but smaller towns like Messines, Alte, Moncarapacho, they all celebrate carnival. It is hard to miss this nice yearly event in Portugal. This article of Algarve Housing, will tell you all about Carnival in the Algarve, the carnival programme, other things to do in March and a private paradise in the Algarve.

Carnaval in Loulé is the oldest continuous pre-Lenten party in Portugal, with over 100 years of celebrations. Thousands of revellers jam the streets. Those in costume strut their stuff. Others are there to watch and enjoy. The parades, on each afternoon of 3-5 March, are full of floats, samba groups, Brazilian dancers and giant costumed characters, providing a rhythmic beat, lots of laughs and pure enjoyment.

In the parade, in addition to the beautifully-costumed samba groups, expect to see floats all making fun of the craziness taking place in the country and the world today.  As well, look for humorous interpretations of national and international political figures, celebrities and sports stars.

Each day there are parties, parades and festivities

The fun begins on Friday, the 1st, with a day dedicated to kids! The children’s carnival kicks off at 10:00. Kids come to the streets with their faces painted and in costumes.

A Grandiose Circus Lauroé-themed Grand Ball is scheduled for Monday, 4 March at the Palácio do Nero in the Industrial Zone. Tickets are €12. The ball begins at 22:00.

And, new for this year, is a focus to make this event more environmentally sustainable.  Bars and cafes will distribute 100% biodegradable paper cups, reusable up to 4 or 5 times and compostable. The aim is to reduce the use of disposable plastic in one of the Algarve’s largest events. Guests are urged to dispose of the cups in the brown containers around the area. The cups will later be taken to the composting landfill and made into quality compost for agriculture. 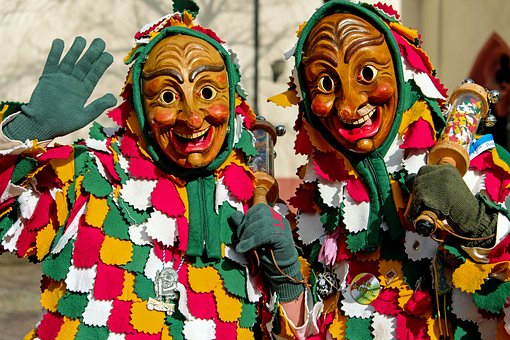 Programme Carnival in the Algarve

Other activities in March in the Algarve 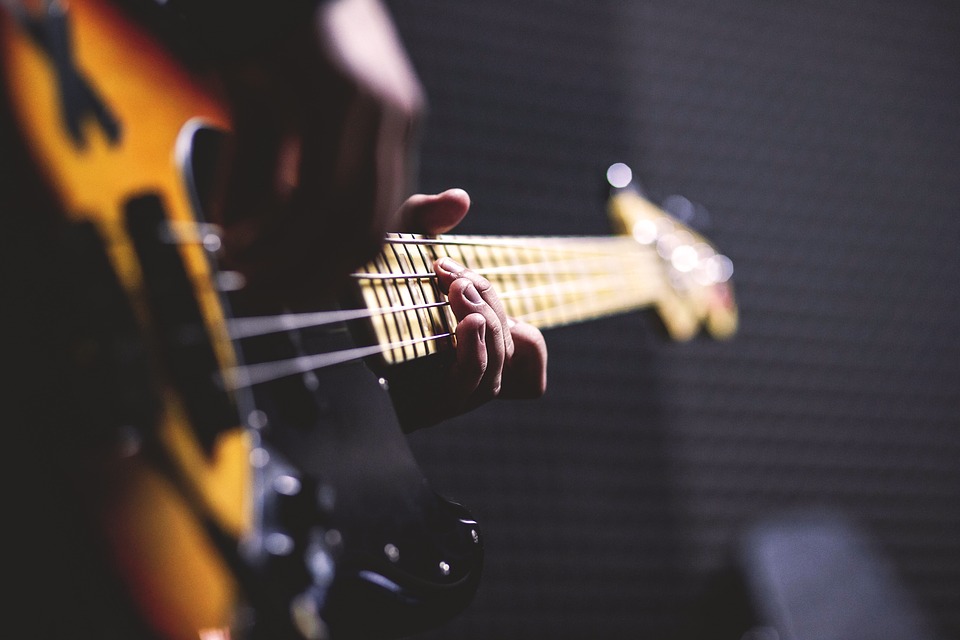 The festival will feature 15 concerts ranging from jazz to classical music, bossa nova and electronic music, and traditional Portuguese music.

This year’s programme also includes two masterclasses, one on March 3rd, focused on the flamenco guitar and the Portuguese guitar, and a second on March 17th which will focus on jazz guitar.

The festival will be held at venues across the city of Faro, with the aim of engaging different audiences, age groups and revisiting Faro’s historical heritage.

March 9th
The Sea of ??Music
QV4
Location: to be announced 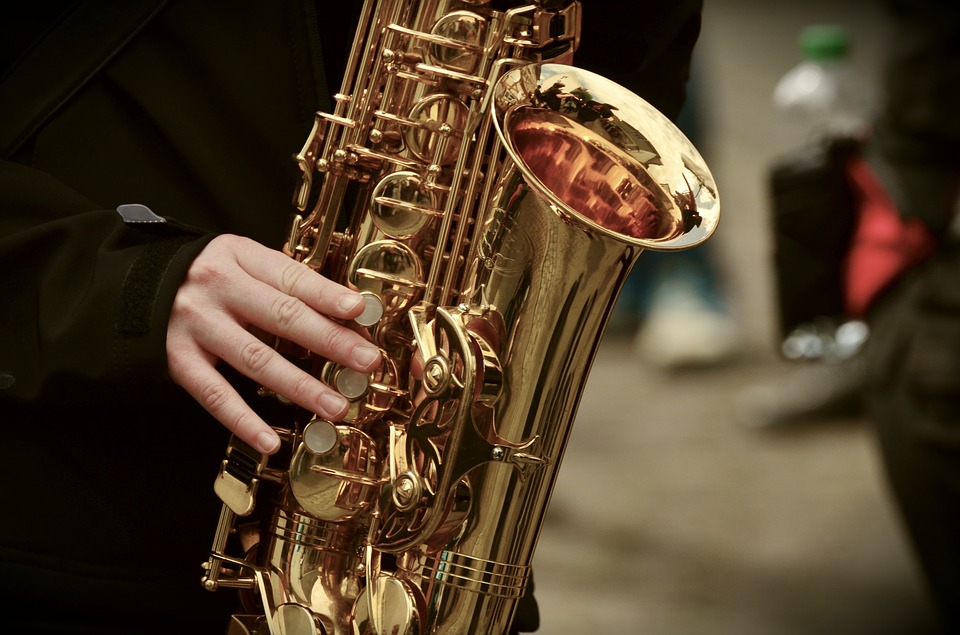 Jazz in the Wine Cellarsl, hosted by producers of Silves wines.
Each concert is accompanied by a tasting of wines produced by the host wineries, and also a tasting of tapas created from local produce.

PRICE: 12€ per ticket (includes, in addition to the concert, wine tasting , tapas, voucher to visit Silves Castle and Municipal Museum of Archeology and a bottle of wine). 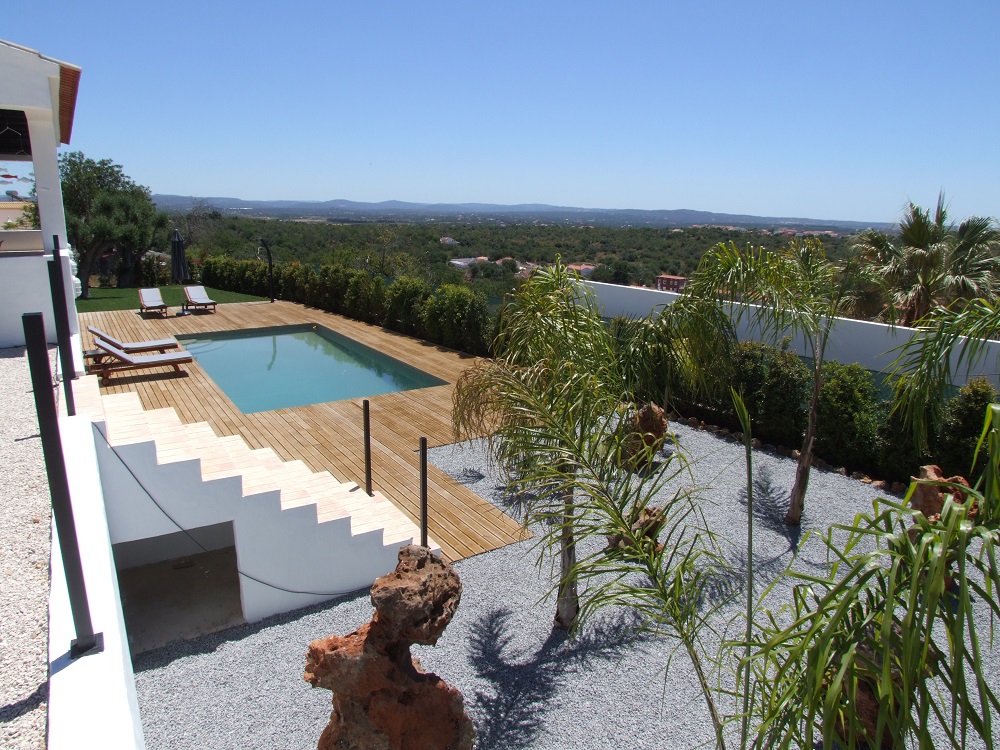 Your Private Paradise under the Algarvian Sun?

One of them is Casa Toia. Casa Toia has 4 en-suite bedrooms, with a large, colonial terrace with magnificent view towards the coast. The location is between historic Silves and market town Messines, but only 20 minutes’ drive to the beach. I just received a message of the owner. There has been a cancellation in the popular, and almost fully booked high season. Therefor 20 July-3 August can be YOURS! Your private paradise in the Algarve, with your private pool, lush views and you can stay in this luxury villa in total with 8! 8 lucky guests!!!

And even better news: March is also free! Come and enjoy the Carnival in the Algarve, and stay in Casa Toia, or any other of our other nice properties we rent!